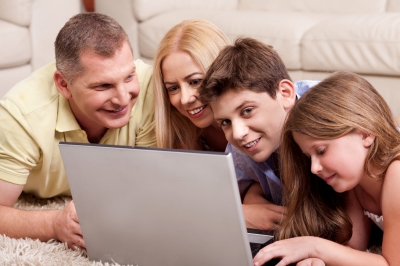 An Epsom-based digital marketing agency is looking to hear from families in the area to record audio messages for their loved ones as part of a new historical archive project.

Upper Hand Digital has launched the ‘My Family History’ service where anecdotes and memories from loved-ones of those marking a special birthday, wedding or anniversary are turned into a personal radio show.

Explains Director, Tim Mitchell, the idea for capturing memories and messages in a dedicated audio programme came about just by chance.

“I wanted to send a message to my niece who lives in Guernsey for her birthday last year. I was using WhatsApp – the free messaging app – and my intention was to simply type in a message wishing her a happy birthday.

“Unfortunately, my then two-year-old was climbing over the top of me and it was virtually impossible to type anything coherently! I saw the mic button in WhatsApp and recorded a simple audio message.” 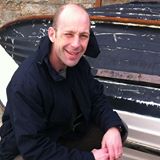 Tim said he thought nothing more of it but then his sister-in-law heard the message and came up with the idea. She suggested audio messages left in a special WhatsApp group. These audio clips would then be turned into a personalised radio programme to mark Tim’s brother’s forthcoming 40th birthday.

The recordings would be made without his brother’s knowledge to make it a surprise.

“It would not have worked if we had simply set up a group on WhatsApp and said ‘there you go’ to my brother, these are the audio messages we have recorded for you. For a start, it would have meant him scrolling through unedited clips and secondly the clips would be ‘lost’ as more and more messages were added later in the WhatsApp group.

“What I did was to take the audio clips left for my brother by family members. These included wonderful stories of him growing up some of which I hadn’t heard before. It took me right back in time.

“I then mixed the clips into a radio show. I also added sound-effects and background music to give the illusion that all of the family – despite many of them living abroad – were meeting in a virtual pub.

“I must admit it left a lump in my throat when I played back the final recording. It was as if everyone was together again, something that hardly happens these days.”

University For The Creative Arts

Tim trained as a radio journalist at the University for the Creative Arts more than 20 years ago. As part of his very successful career in marketing and communications, Tim has made podcasts for a Central Government agency and businesses operating across different sectors.

“I did think that some people would not want to leave audio messages for my brother’s birthday. I found this was not the case at all. Once one person had recorded a message, others soon followed. It didn’t matter how many ‘takes’ people did either.

“For those who did not want to record an audio message, Tim provided a voice-over of written messages. Even the most non-technical people were able to leave their messages easily.

“When I was editing the piece together for my brother, I was moved by the audio memories. I learnt things about my brother that I didn’t even realise. It also painted a lovely social picture as well.

“It struck me for my children and future generations that they will now have a piece of personal history that will be passed down.”

The idea has grown and Tim has produced a similar piece for his brother-in-law – Chris – who travels a lot for work.

“In Chris’ case it was impossible to organise a party. He was very moved by hearing voices from his cousins who live all over the world. What’s been lovely is that family members who may not have spoken for a while have been chatting again, uploading pictures and messages via WhatsApp.

“When people are gone we never really say how much we appreciate them. These personal radio shows are a good way of doing that and saying how much we love that special person. I would imagine they will bring great comfort as well in difficult times; hearing the voices of loved ones.”

Tim says that he is not aware of anyone else offering this type of personalised radio shows. He said as well recording social history, they would make wonderful gifts for special birthdays, weddings, anniversaries, and even as retirement presents.

Tim says unfortunately, there is a limit of how many programmes he can make for local families. His advice is to contact him as soon as possible to allow time for messages to be recorded and editing. There is a charge to cover the work involved – it should be thought of something that will be treasured for years to come.

Tim can be contacted for the ‘My Family History’ service by emailing info@upperhanddigital.co.uk. He says he particularly wants to hear from families in the local area to begin with.

This is a short compilation clip of what Tim did for a 40th birthday recently.

Get in touch today to find out about turning your memories of a someone special into a radio show.